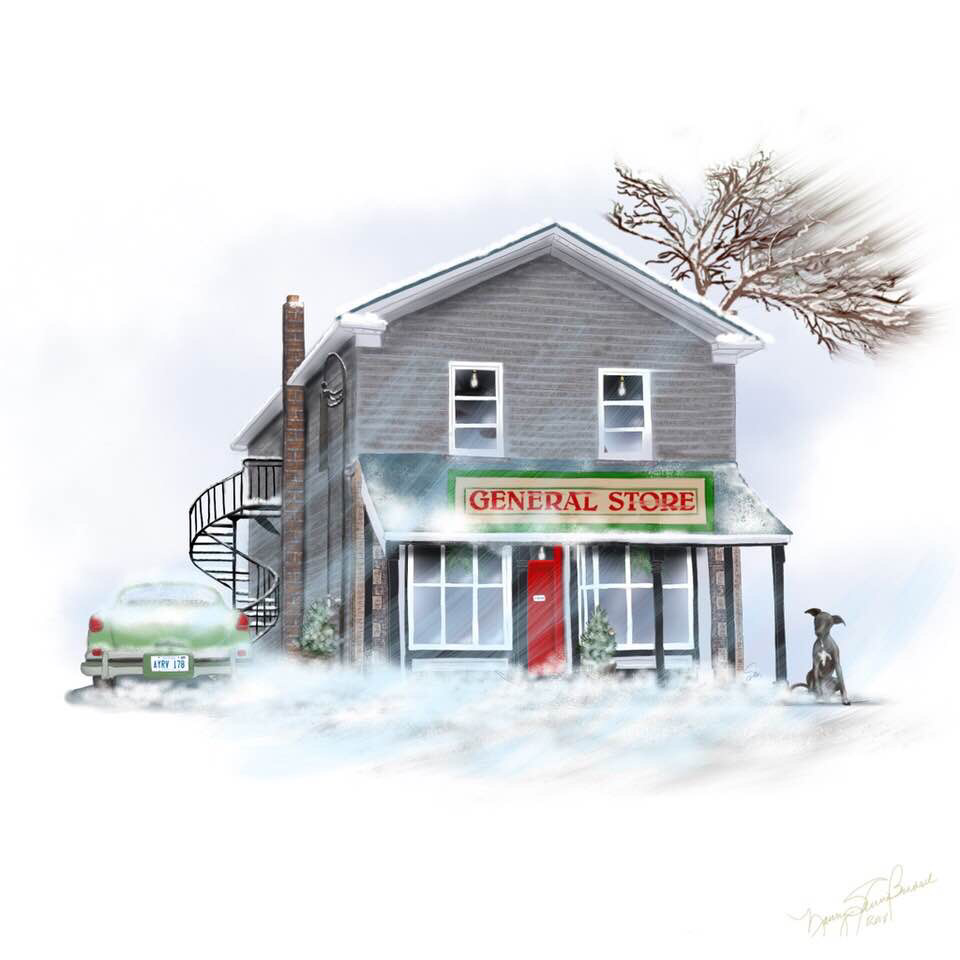 "Where is Nethermost?” I asked, sitting across from her again in that parlour the following Sunday.

“Ah, now that is the question isn’t it Cait … Where? And it is also the key to opening the doors to ‘why’ and ‘how’ as well. It is a difficult question, so I will answer as clearly as I can. Shut your eyes, if you will, and imagine going on a journey … a very, very long journey along a rigid, unforgiving, northbound path, for days and days — and days — until you feel that you cannot bear taking a step further. There!” she exclaimed, “There is Nethermost …”

I was never bullied, or even disliked — I was ignored.

My name is Cait O’Quinn. I’ve always felt grateful to whoever named me, that they gave me such a pretty name. Whenever I put name to paper, I would add plenty of flourishes so that my signature looked extra fancy. I wanted my signature to make the statement I never could.

I remember in high school, tenth grade it was, this cool Irish girl named Sían O’Brien, who was not so much a friend as she was an acquaintance, sharing a giggle with me beside our lockers between classes one day, declaring that with names such as hers and mine, it was obvious that we’d both come straight off the boat from Ireland, from where the fields of shamrocks were the kind of rich green only a Kelly could have painted, whatever that meant. But she made it sound exotic and for a heartbeat I felt included in her cool club, that is until I opened my fool mouth and spoiled it all by confessing that I wouldn’t know where I was born.

I wouldn’t know for the stupid, sad reason that I didn’t even know my own parents! Not that I was an orphan. I was not an orphan, exactly. But I didn’t live with my parents either, and I didn’t know why, and I didn’t know where they lived even, nor had I had ever met them — that I could remember. Hell, I couldn’t know for sure if O’Quinn was my real last name. I was, however, told that my real parents’ first names were Michael and Nora. They sound Irish — right?

The only reason I knew that I was not an orphan was ‘cuz my aunt said I wasn’t. She always claimed that my parents were both still alive. I lived with Aunt Moira who insisted that she was indeed my real aunt. Since her last name is the same as mine — O’Quinn — everyone thought she was my mom. But she wasn’t! She said she was Michael’s sister. Michael and Moira O’Quinn, brother and sister, born to Grandma and Grandpa O’Quinn, whoever they are — or were.

But Aunt Moira had been good to me, and I think she loved me, if kindness is love. I called her my phantom aunt ‘cuz she always travelled, was seldom home for more than a couple of weeks together. The house where we lived was beautiful though — sitting in the pretty little village of Alta at the edge of nowhere Canada — an interesting but ancient house that Aunt Moira had refitted “with all the mod cons”, as they say. She even added an indoor pool just for me. In addition to the pool, and more to Aunt Moira’s taste, were the two large living spaces with modern elegant lines, three full bathrooms equipped with sauna tubs and showers, four luxuriant bedrooms, one modern study and a brushed nickel and black kitchen/dining area that was simply stocked, since neither Aunt Moira nor I could cook — all professionally designed and tastefully furnished by some posh interior decorator whose creations featured regularly in our community magazine. But nothing in this house said ‘home’ — no family photos, no heirlooms — just modernistic bric-à-brac scattered about to add gashes of colour and interest to the slightly weird designs. All posh and artistic, cold and impersonal.

My own room was decked out just the way I liked it though, with pearl grey walls, a cozy armchair upholstered in deep red velvet big enough for two of me, a squishy round area rug to match said chair, and a soft Queen size bed draped in a white coverlet and heaped with bright cushions of every primary colour! Oh, and all sorts of tech toys. I lacked for nothing.

Aunt Moira always swerved my many questions about my parents. As a kid, she usually got away with it by distracting me with some silly toy or favourite food. But by the time I reached the age of ten and had developed a stronger sense of self, I began asking the more serious questions and insisting on answers with threats of tears. I remember the day when I stopped asking those questions. Her answers had become so dissatisfying and I had become so demanding that after dodging the first few, she suddenly grabbed my arm in a vice like grip and whispered right up close to my ear …. quietly … urgently … exhaustedly, “I’m cautioned not to tell you more — yet.”

What? What was that? Cautioned? By whom? Now I was even more confused, and hopelessly frustrated. But the urgency in her tone stopped me from asking those questions again. So from that day I was silenced, although it confirmed what I long suspected — that my truth was not only mysterious, but for some reason, ominous as well.

Because Aunt Moira was on the road all the time, I had nannies, hoards of them when I was little, right up to age eighteen. I never got too attached to any one nanny. They didn’t stay long enough for any of us to care. Not because I was a bad kid. I was an angel. But after all, we did live at the back of beyond and these nannies were young women, living alone for the most part with someone else’s kid in a village so small that it had no public transit, no pubs or restaurants, no theatres and just one general store. So each of them, in turn, got bored and left, even though my aunt paid a top nanny wage. By the time I turned eighteen, both my aunt and I were thoroughly weary of nannies, or ‘companions’ as we started to call them after my fifteenth birthday. In fact, Aunt Moira practically kissed me on the mouth when I suggested that, at the ripe old age of eighteen, I was now too old for either nannies or companions — and then they were gone from my life for good.

I’ve said it before, and will do so again, Aunt Moira was kind to me. But she never figured out how to be anyone’s idea of a parent. From moment one, she wanted to be my friend, my protector, which was nice but I often needed more guidance than friendship, something for which she was completely ill equipped, and too often the very thing that I craved. I was stricter with myself than she ever was. If I got low marks on a test or assignment in school, I grounded myself until I ‘picked up those grades’. If I broke a plate from loading the dishwasher too carelessly, I gave myself extra chores until I felt I had ‘repaid its cost’. Gosh I was disciplined! So, by the time I was eighteen, living for the most part on my own in a big old house on the borders of the forest primeval, I truly felt that I had reared myself, with my aunt providing all of life’s necessities, a large dollop of life’s luxuries … but never that quality in life that I deeply desired.

What I desired was a witness to my life, someone to notice what I did each day, someone to praise me when I did well, to care enough to send me to my room when I was petulant, to hug me when I was sad — as I often was. But with no one like that around me most of the time, my life was unwitnessed. Even when Aunt Moira was around, she didn’t see me. When she wasn’t busy, she was distracted — but never by me, that permanent visitor to her home.

And I was ignored by others. There weren’t many people my age in the village for one thing. I was bused to the nearest high school eight kilometres away where the kids also ignored me for the most part. I’m sure I would have been hard to spot in a crowd in any case. I didn’t exactly stand out. I viewed myself as plain and average in every sense of those two words — neither beautiful nor ugly, neither tall nor short, neither fat nor thin — and far too shy. And because I needed to get on that bus at the end of each school day to get my only possible ride home, I couldn’t join any after school clubs or sports teams. But even if I hadn’t needed to board that bus after class, to be honest, I wouldn’t really have joined in.

And that’s the long way of explaining why I paid more attention than most people did when Mánús was hanging around outside The General Store.